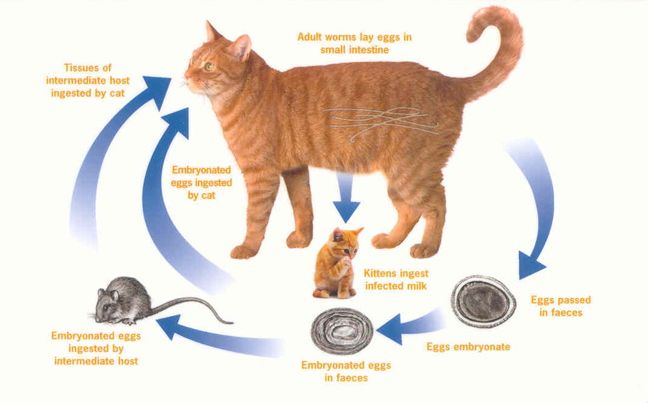 The life cycle of this parasite almost ensures that a puppy or a kitten will be exposed. They can get it from their mother while they are in the uterus (dogs), during nursing, and through contamination with infected feces. Larval forms of this parasite migrate through internal organs, get coughed up and swallowed, and become mature parasites in the small intestines. Intermediate hosts like rodents can become infected by eating eggs, and can then infect a dog or cat when they are eaten. Some larvae migrate to the tissues of internal organs and remain dormant until pregnancy where they become active and infect the developing puppies in the uterus.

Common symptoms are a distended abdomen and diarrhea. Some puppies and kittens will be vomiting, lethargic and not eating well, while others will not show any symptoms. On rare occasions the parasite load can be so heavy that the intestines become obstructed. Coughing, fever, nasal discharge and even pneumonia can occur in pups that have large numbers of larvae migrating through their respiratory tract.

In some cases the Roundworm will be present in your pet’s feces or vomitus. The vast majority of Roundworm infestations are diagnosed on fecal analysis for eggs. Young puppies can be infected before the eggs of the parasite appear in the feces.

There are several effective treatments for Roundworms. We can easily treat your pet with an oral version given during a routine office visit. It has to be retreated in 2 weeks due to the migrating larvae since the medication does not kill the larvae. Some pets require several more treatments for a full cure.

Roundworm eggs can remain viable for a long time in the environment. Children will get this parasite by eating dirt contaminated with the eggs, therefore cleaning up your pet’s feces immediately, and eliminating exposure to the feces of other animals when your pet goes for a walk, are important treatment modalities. Litter pans should be changed frequently and washed thoroughly and then allowed to dry in the sun. Keeping cats indoors also eliminates exposure to the feces of infected pets and the eating of infected rodents.

Children are of particular vulnerability to infestation because of their propensity to put things in their mouths and their attractions towards puppies. Areas that might be contaminated with dog or cat feces should be off limits to children. This might include public areas such as parks or playgrounds. Even though these infestations in children are relatively uncommon, if they occur there can be significant damage to the internal organs like the liver, heart, brain, lungs, and eyes. This reason alone is why all puppies and kittens should be routinely treated for Roundworms, whether or not their fecal exam indicates they have parasites. Also, teach your children to wash their hands frequently after handling pets, and not to put anything unnecessary in their mouths.

Contact us to discuss a tailored roundworm prevention program for your cat. 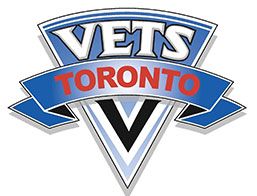 All Rights Reserved | Powered by